An orange tabby who was rescued from a fire, amazed everyone with his incredible will to live. 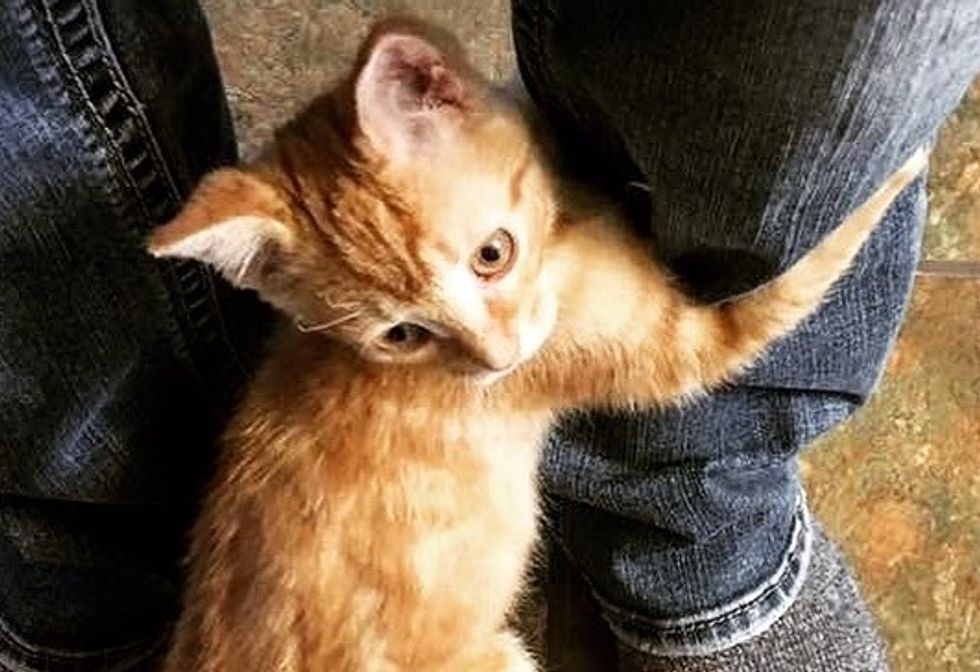 A stray kitten was found by firefighters after a garage fire in Sudbury, Ontario, Canada last year. The 5-week-old kitten was rushed to the Walden Animal Hospital where they discovered third-degree burns on his paws and a few places on his back and head.

The veterinary team sprang into action to treat his wounds and manage his pain. They carefully cleaned off the soot, bandaged him up, and looked after him around the clock.

Despite the unthinkable ordeal, the kitten was so thankful to be helped, and snuggled up to the staff for some much-needed TLC.

The tabby whom they named Dobby, didn’t mind wearing the sock-like dressings on his paws, and was a real trooper every time he received medical care. Staff took turns to cuddle with him and made sure he was always loved.

Rob Maguire from Manitoulin Island came across Dobby’s story on social media. “You could see the pain in his eyes in some of the initial pictures,” he shared with Love Meow. “That was the part that really got me.” 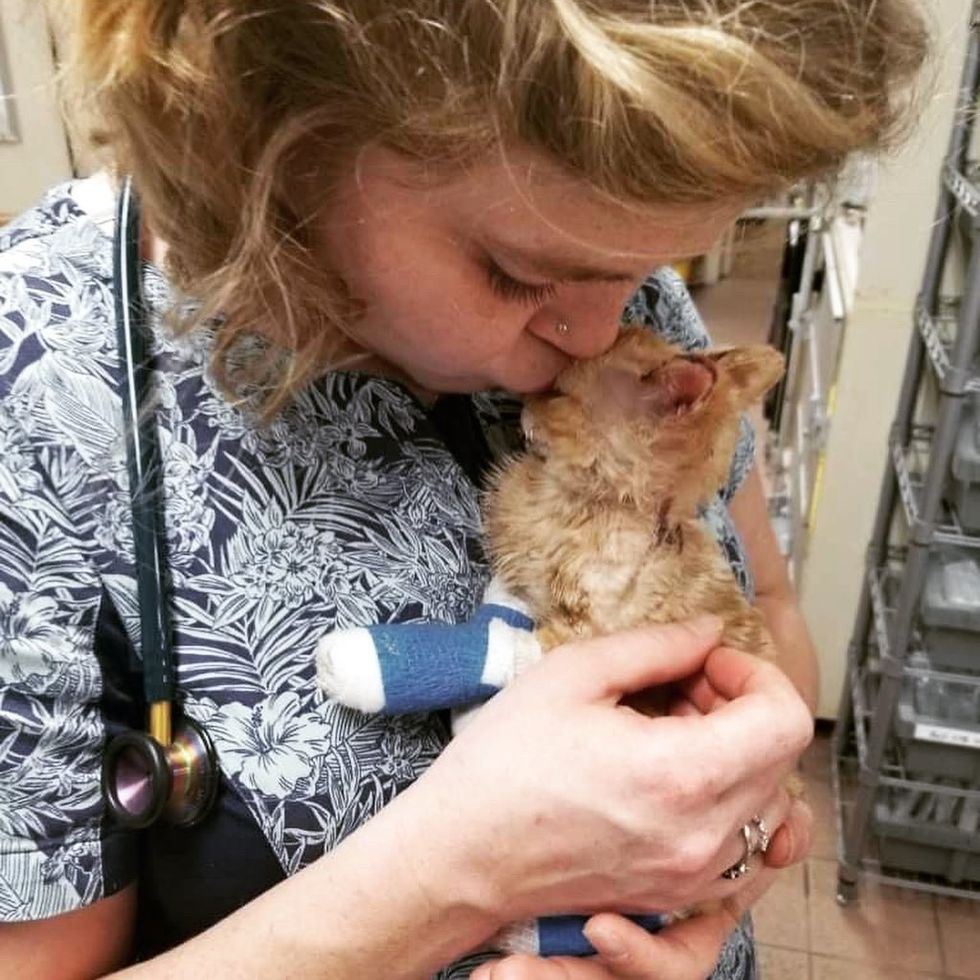 Dobby under the loving care of Dr. VeronicaWalden Animal Hospital

When he was in Sudbury one day, he contacted the animal hospital for a visit with the little miracle kitten. “The day I met him, we hit it off immediately. He was all bandaged up, and all he wanted to do was play.”

When it was time for Rob to leave, the kitten clung to his arm and wouldn’t let go. 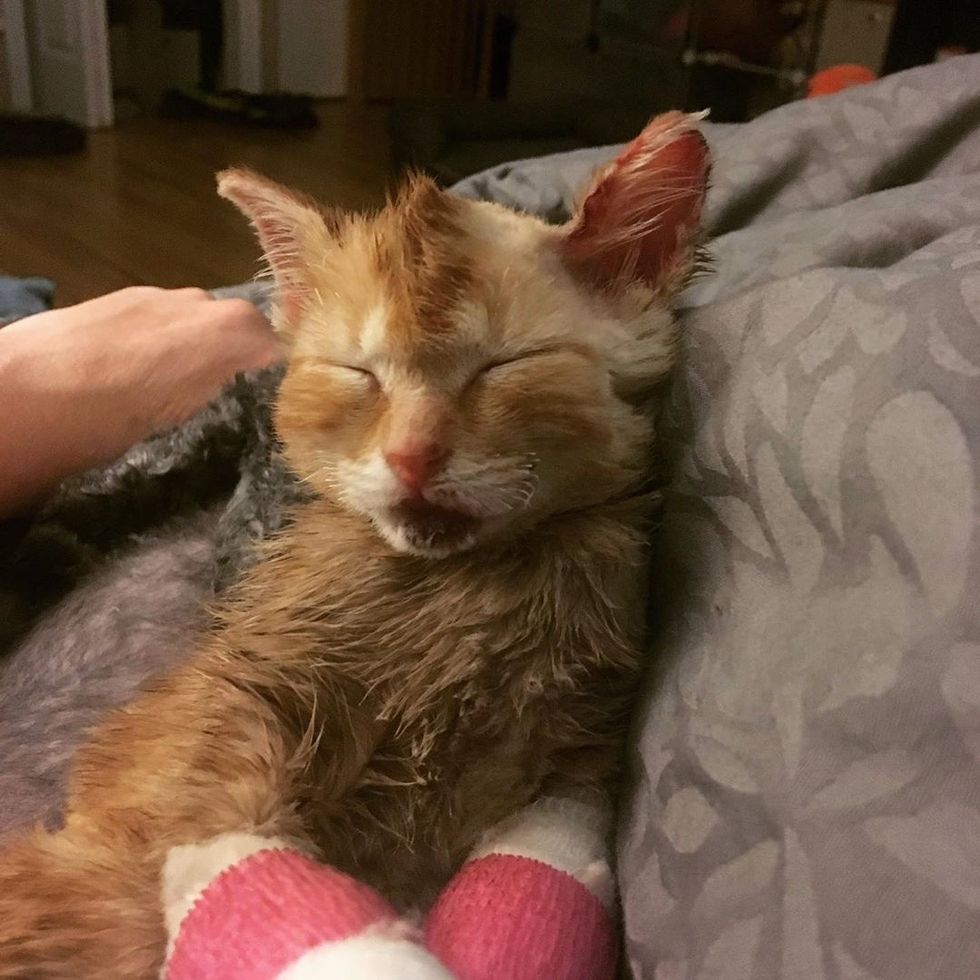 “Dobby kept trying to climb my arm and I truly didn’t want to leave him either,” Rob told Love Meow. “We made lots of eye contact and he melted my heart. I felt like I had known him forever.”

Rob continued to follow the kitten’s progress online and never stopped thinking about him. He knew he would come back for his little feline friend some day. 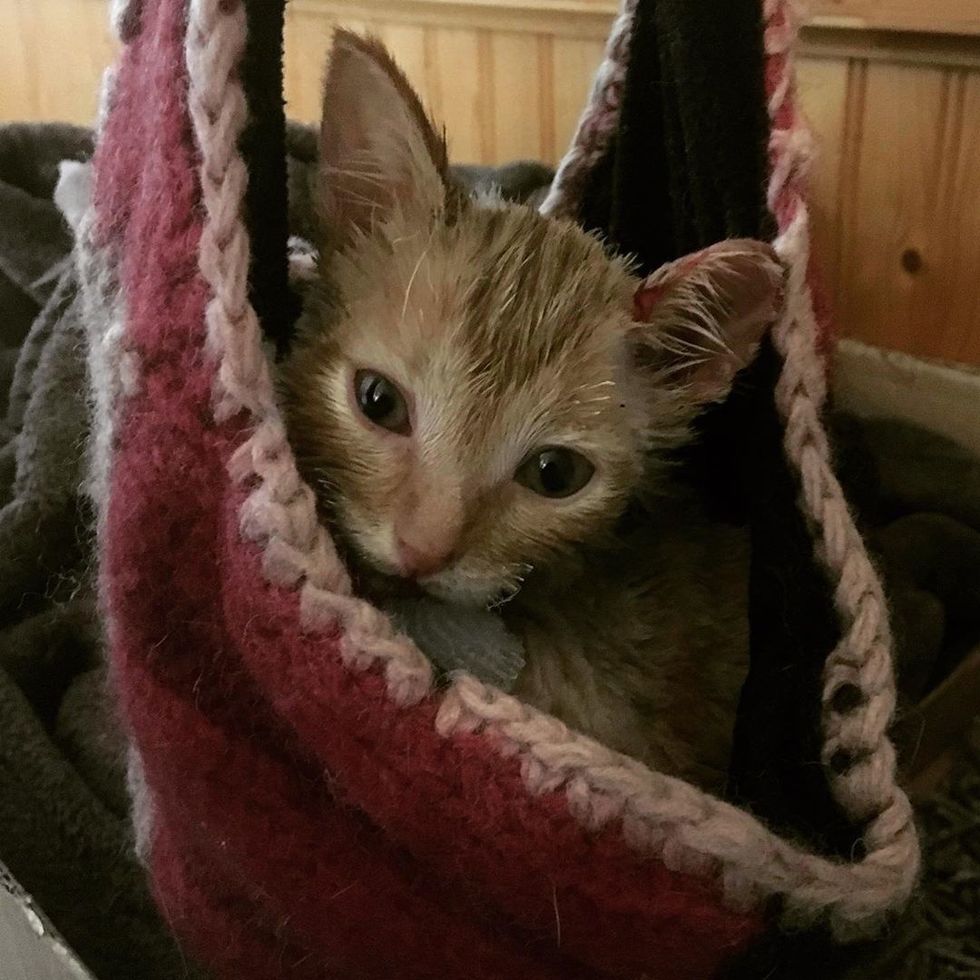 Dobby lost a few toes during his recovery but it didn’t bother him a bit. Once they removed all the bandages, he got right back on his paws and started scampering around the room, playing with toys as if nothing had happened.

“We were concerned that residual pain and contracture would prevent him from using his paw. He proved us wrong pretty fast,” Walden Animal Hospital wrote on Facebook. 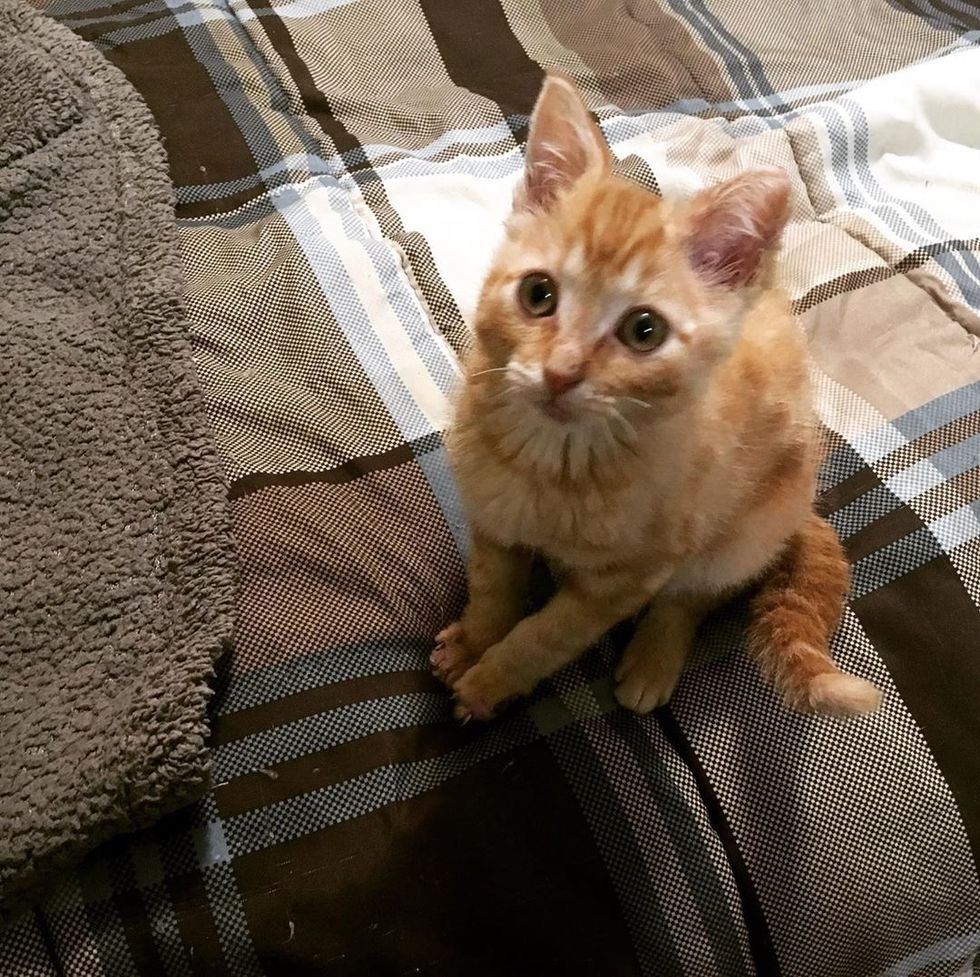 When Dobby was ready to find a family of his own, a familiar face showed up — it was Rob, his old pal who came to foster-to-adopt him.

The kitten was thrilled as he left the animal hospital for his new home. “He has some feline siblings to play with, and a dedicated dad who is a match made in heaven.” 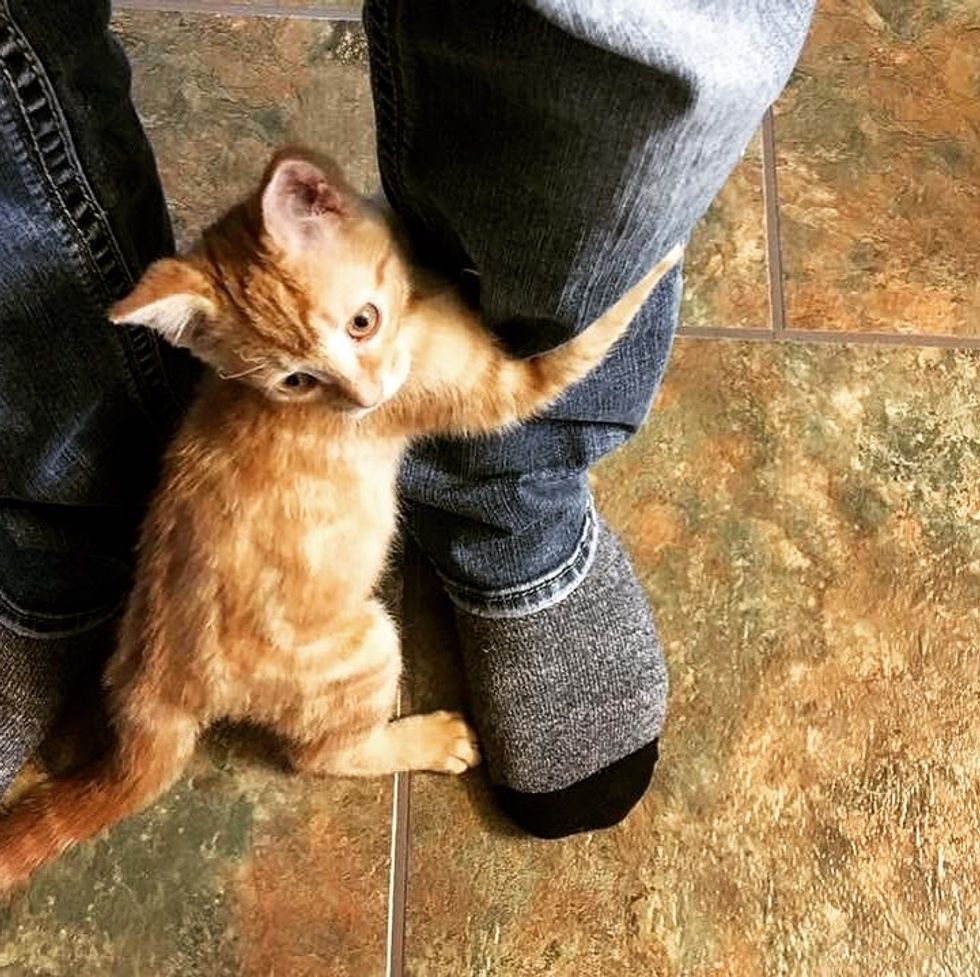 Dobby quickly settled into his new abode. He climbed up the castle Rob had built for his cats, and claimed it as his own. The other resident cats, Swif, Orion and Norisle, accepted him right away.

Watch the orange tabby in this cute video:

Norisle immediately took to the little newcomer — he inspected his wounds, then sat back and started to purr.

“Dobby is definitely a born leader or alpha, he interacts and plays with all my cats – having unique relationships with each of them,” Rob told Love Meow. 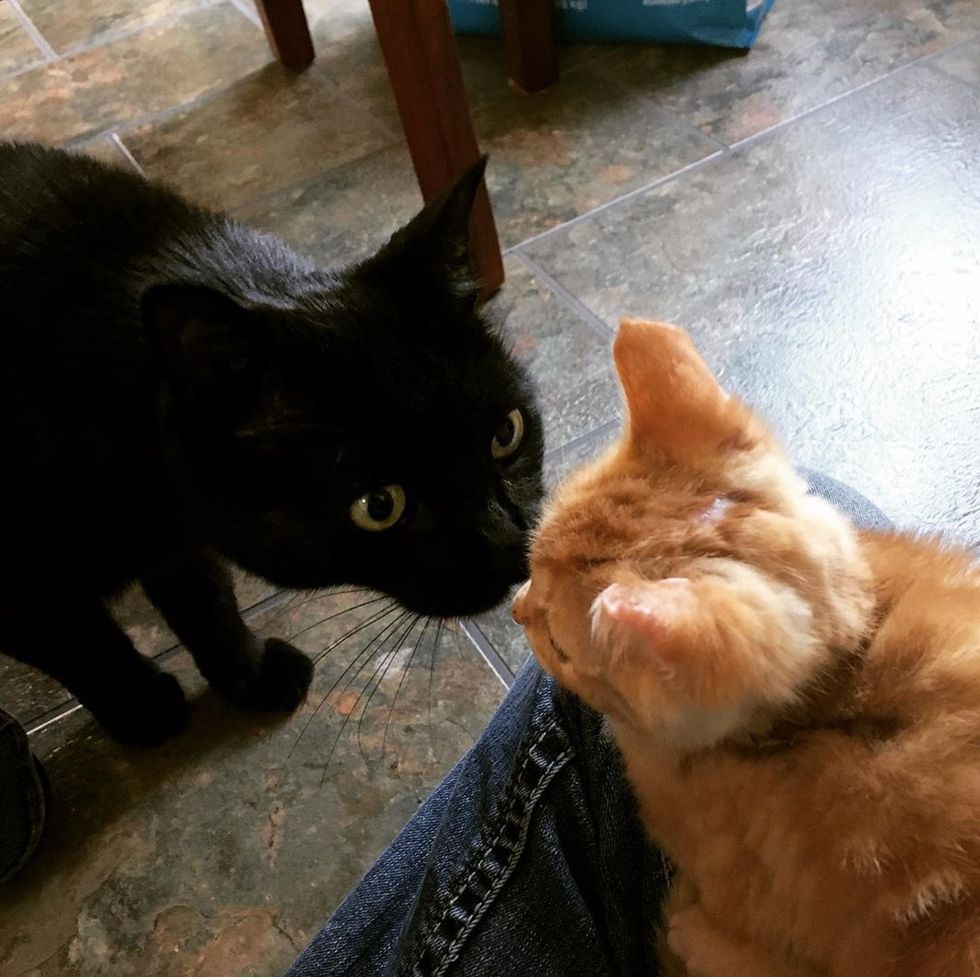 “He likes to be involved with pretty much everything that goes on in the house. He loves to fetch and he loves attention and to cuddle. I talk to him and he understands a lot.”

The tabby boy is very brave and such a pro when he takes meds. “All I have to do is ask him and he simply takes it. That in itself is amazing compared to most cats.” 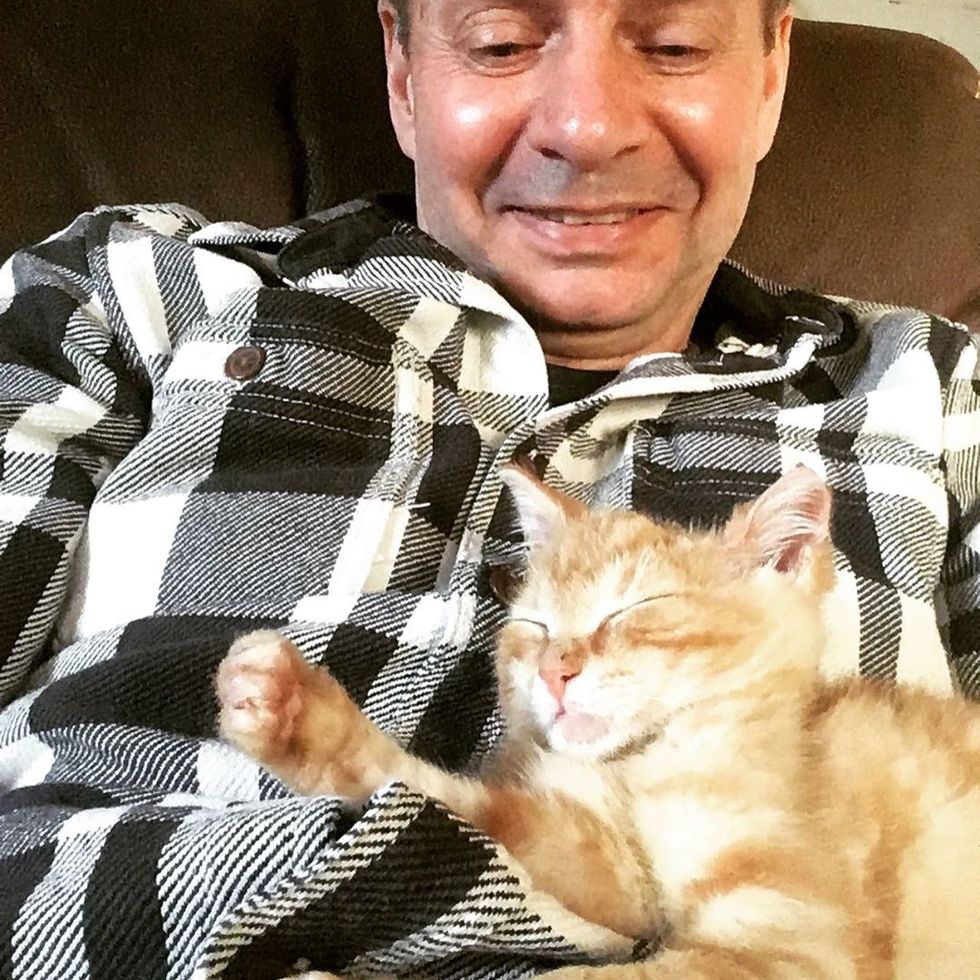 At 10 months old now, the resilient kitten has grown by leaps and bounds. He’s the happiest kitty and never fails to bring a smile to people’s faces.

“The fact that he survived is truly a miracle. He seemed to look beyond his injuries and focused mainly on having fun,” Rob told Love Meow. 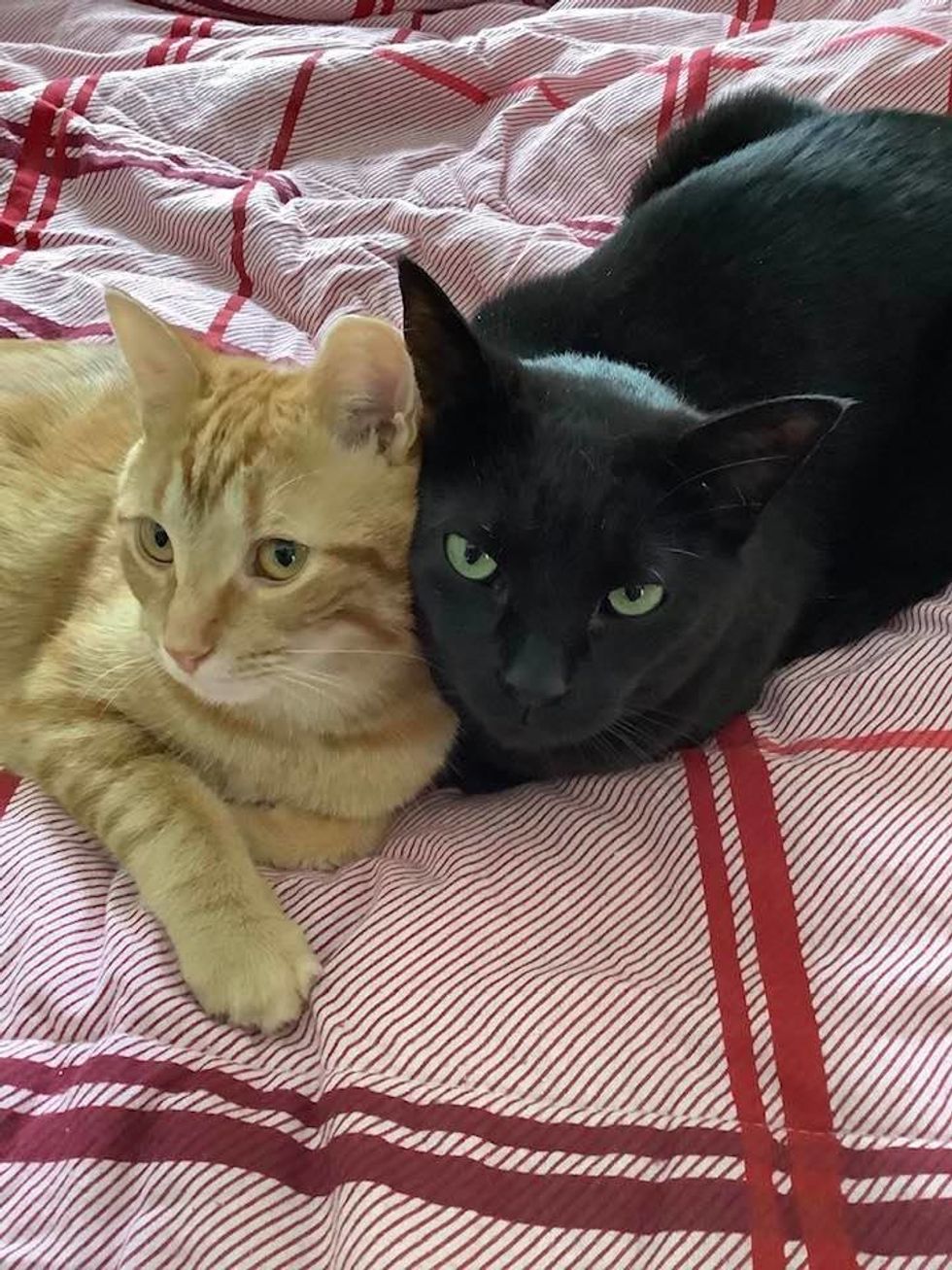 “The fact that wonderful people came forward (firefighters, city staff and the family and staff at the Walden Animal Hospital) is a testimonial that there are good people out there that go way above and beyond to help others.”

“I love him dearly and I’m doing my best to ensure his life is the best it can be.” 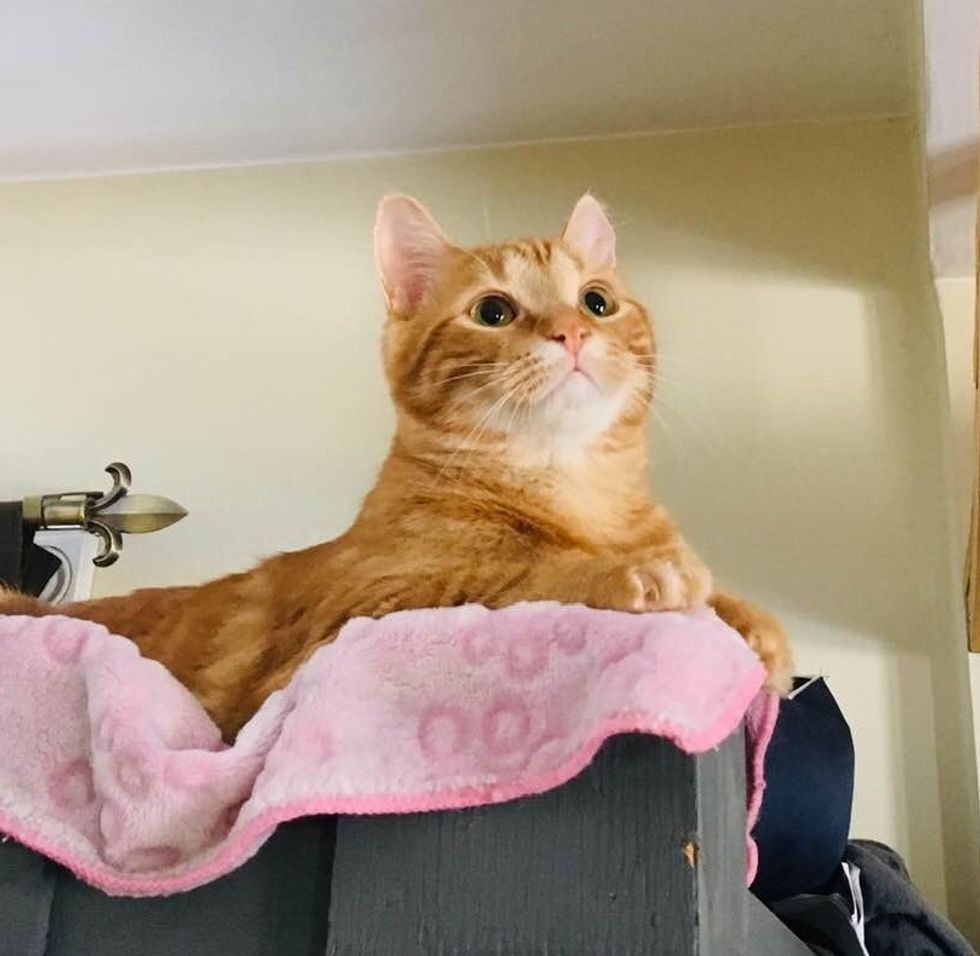